It used to be simple. Either you were a man (and it was taken for granted that your tastes went in the feminine direction) or a woman (directed towards the opposite gender).
Of course, life wasn’t so linear then either, but the reflection on television mainly followed those patterns.

Cinema and TV were also facilitated: men kissed women and, at the limit, in an excess of creativity: women kissed men. 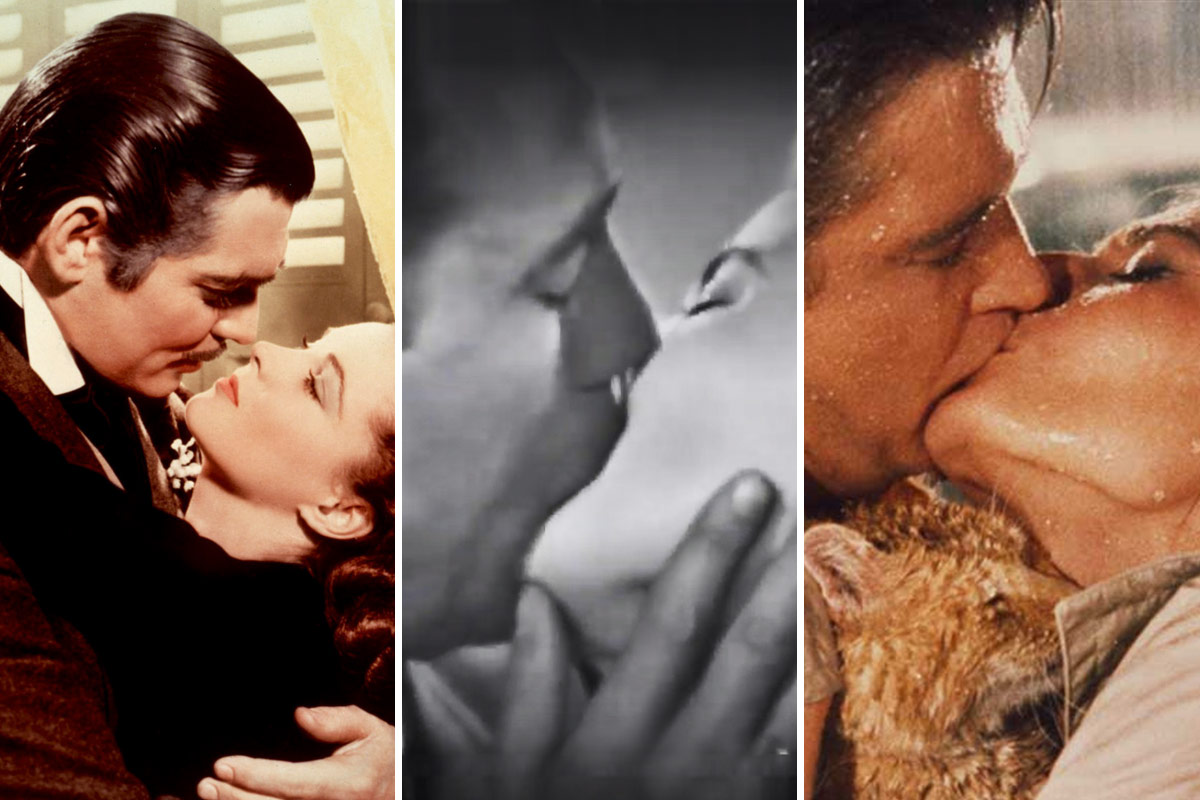 Rhett and Scarlett joined lips passionately in Gone with the Wind, Rick kissed Ilsa in a memorable scene in Casablanca while the rain wetted Holly and Paul’s faces in Breakfast at Tiffany’s.
Spiderman himself kissed Mary Jane upside down, not Goblin.

All this (except maybe Spiderman) is just ancient practice.

Spiderman’s iconic kiss, however, is perfect to describe the passage in action. Sure, it’s always a man kissing a woman, but the man is upturned.

Some even argue that the backward man symbolizes the woman, so we are dealing with a Sapphic kiss. To us it seems a slightly bold interpretation, but at the end of the day you choose the position (in every sense) you prefer.

It remains that today, and fortunately, we point out, the world of cinema and TV has realized that society isnot that rough-hewn, and that between black and white there is an endless series of shades of gray or, to be more precise, a vast rainbow of colors.

To open the doors to this revolution were the battles of the LGBT movement that brought the world to the knowledge of a series of new sexual orientations. Not only the homosexual variant, but an almost infinite range, which also includes heterosexuals with problems. Just for the record, here is a short list:

Lesbian: a woman attracted to another women.

Gay: a man attracted to another men.

Bisexual: a person attracted to more than one gender.

Transgender: a social and sexual attitude that combines characteristics of male and female gender, without identifying with either of them.

Intersex or intersex (here it’s not easy and we’ll get help from Wikipedia): actually it’s not an orientation or gender identity, but an umbrella term that includes several physical variations such as partial androgen insensitivity syndrome, Reifenstein syndrome, Lubs syndrome or others) is a term used to describe those people whose sexual chromosomes, genitals and/or secondary sexual characteristics cannot be defined as exclusively male or female. An intersexual individual may have both male and female anatomical and physiological characteristics.

Agender: a person who is not aligned with the concepts of “man” or “woman” and who is therefore not defined in terms of gender.

Androgynous: a gender expression that combines elements of masculinity and femininity.

Aromantic: a person who does not feel sentimental attraction towards other people.

Asexual: a person who is not sexually attracted to other people or who chooses not to engage in any sexual activity.

Biphobe: a person who feels fear, anger, intolerance and/or hatred towards bisexuality and bisexual people.

Binary/Non-Binary: refers to the assumption that there are only two genders: man and woman. Non-binary people don’t identify as men or women.

Demisexual: a person who has a sexual attraction only if there is a romantic attraction or a strong emotional bond.

MtF/FtM: A person who transitions from one sex to another.

Homophobic: a person who feels fear or hatred towards homosexuality (or one of the non-binary/heterosexual forms).

Pansexual: a person who is sexually and/or emotionally attracted to people regardless of their gender.

Polysexual: a person who is sexually and/or emotionally attracted to many genders, but not necessarily all of them.

Transsexual: a person who makes a transition from one sex to another.

… and we could go on for a long time.

Let’s say that probably the term Queer is the one that gathers them all. It was used in the early days as a derogatory term and then adopted and claimed by the LGBTIQ+ community to define all individuals who are outside the “norms” of gender and sexuality. In other words, there are no identities and/or definitions.

All this only to define the complexity of genders, orientations, classifications, definitions, facets of the universe around us.

After this brief overview we now return to the world that concerns the article. As a slow mirror of society Cinema and TV have noticed this changes, and have gone from opposing to promoting alternative identities to the classic heterosexuality.

The intentions were, and are, excellent: to fight all forms of abuse, violence, deprivation of rights… against anyone because of their choices, belongings or vocations.

As it often happens with many sacrosanct battles, however, the risk of exaggeration is always just around the corner.

We are therefore witnessing today, especially on streaming platforms (Netflix in the lead), an uncontrolled proliferation of every kind of category described above. And they are not mere appearances, but microscopic descriptions of complete relationships, often filmed with such an abundance of close-ups and details that make any heterosexual relationship pale in comparison.

Where’s the problem, you’ll ask. It’s that now in every TV show a presence belonging to the list of a few lines ago is forced into the screenplay. They are not natural choices or serene mirrors of the society in which we live. They are educational, imposed and sometimes even vindictive interventions to compensate for decades of absence.

The problem is that from the outside the stretch can be seen. It seems almost as if we could see the meeting of the majors’ higher-ups that force such an intervention. A correct screenplay should tell stories, not do marketing. It should be freed from the pressures of this or that lobby. It should be free to make one, two, a thousand homosexual couples appear, but also none. That’s creative freedom, and other systems, even those born from the best intentions, are only plastic interventions.

This, at least in our opinion, not only is not good for the (right) cause, but it runs the risk of artificially homogenizing the whole thing and killing spontaneity. Now it is simply a rule, and nothing kills the free thinking more than the rules imposed from above.

And it’s not just a matter of gender.

Shane Allen, head of BBC Comedy, said a short while ago: “If a comedy group of six white boys from Oxford and Cambridge showed up today, they would never get a show. They don’t represent the different backgrounds and multiculturalism of the UK”.

The world today would have missed Monty Python. On the wave of political correctness then we would never have seen Hazzard (a confederate flag?!?), I dream of Jeannie (a woman confined in a bottle?!?), and even Baywatch would never have gone on air (it’s not exactly a “feminist” show); not to mention TV shows like Top Gear… in short, a list that might never end.

Intelligence, culture and evolution will defeat the homophobes, not the impositions of marketing or fake political correctness.